One day our 3.5-year-old daughter came from school with rings on her fingers. These cheap couple of cents ones, but that’s not the point. She told us that these were her rings, totally believing this herself. When we started the “interrogation”, she reluctantly revealed that her friend gave them to her because she didn’t want them anymore.

The other day there was a lot of water spilled on the kitchen floor. Given that a moment ago our daughter was trying to fill up her glass from a full 2 liter bottle of water, while her brother was peacefully playing in the room, it was obvious what happened. Nonetheless, to my question: “What has happened?” she immediately replied that her brother did it. That’s when it became obvious – our little Pinocchio was growing up.

Some say that the first lies of a kid should rather be celebrated than make you alarmed. Being able to lie is yet another milestone in child’s cognitive and social development. Good lying requires a kid to develop the ability to differentiate between what he or she knows and what other people know. It also calls for a certain level of self-control with respect to speech, body language and so on. What is alarming is whether you will be able to always spot when your little one is making things up.

There are certain points of attention that should make you suspicious, like: inconsistencies in the story, suddenly too much details, or emphasizing that he or she is telling the truth. Likewise, the non-verbal part: unusual body language, gestures or eye contact, too much blinking, touching face, wringing hands, or words not matching the facial expressions. All this might indicate that the kid is lying. Nonetheless, this is more relevant for teenagers, rather than for toddlers, yet according to scientists first lies come as early as the age of 2. Are you sure you will be able to spot them?

There is a captivating TED talk by developmental researcher Kang Lee on the subject, entitled “Can you really tell if a kid is lying?”. He elaborates on some of the scientific experiments conducted on kids, which revealed that at the age of 2 years about 30% of kids lie in a specific situation of the experiment. However, as the age of a kid goes up, so does the percentage of little Pinocchios, reaching 50% at the age of 3, 80% – at 4, and practically 100% shortly after. At the same time the series of experiments on adults to test their abilities to detect lies revealed that we are much less capable of doing that, than we would want to. The experiment divided adults in different categories from students over social workers, to judges and parents of toddlers themselves. Everybody scored around 50% which is more or less just a chance level.

One of the reasons for such low recognition numbers might be that very young children simply don’t know the difference between truth and imagination. As I have read in one of the articles on the subject kids of the age of 3 to 5 live in the “world of invisible friends and talking rainbows“. And it holds for adults as well – if you believe in your lie yourself you tend to be very persuasive.

So if you think you will always be able to spot your kid lying, think again! Some lies you will, some others you won’t. Your little one is learning yet another skill…

Finally, while there is no need to specifically deal with lies of a little toddler, as the kid grows up, rainbows stop talking and kid’s lies start to have a specific reason. These reasons cannot be just ignored. Also the behavior itself cannot stay unaddressed. However, this is of course a subject of a separate discussion.

2 thoughts on “Little Pinocchios: Is it possible to spot a lying toddler?” 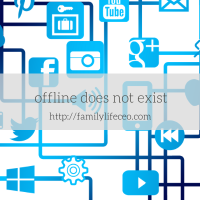 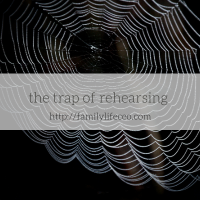