To give some examples, it is perfectly possible for me to learn Chinese. If someone else has ever succeeded in doing so, why wouldn’t I? Well, what is the probability that I will learn Chinese? Pretty low. It is not one of my goals nor even dreams. Therefore, despite the theoretical possibility, it will remain impossible for me, or better — it is improbable.

It is theoretically possible for me to become an athlete. Even now in my thirties, if I put all my efforts into reaching this goal, I am convinced I will get myself there. At the expense of what? Pretty much everything I guess, so the probability of this event is likewise pretty low.

If I would put percentages, practically everything where there is at least a tiny chance of occurrence is possible. There are examples of successes that defy all odds. Like a million to one, and still… a possibility is a possibility. However, the probability is a likelihood of occurrence, which can easily be close to zero for this or that reason.

This difference sounds pretty obvious, yet the problem arises when a person mistakes a possibility for probability. If someone says: “It is impossible!”, what is meant on many counts is not that it is impossible, but rather that: “It is improbable!”. Slight nuance, but a huge difference in meaning.

In his book “Principles” Ray Dalio explicitly stressed: “anything is possible. It’s probabilities that matter.” and I cannot agree more. 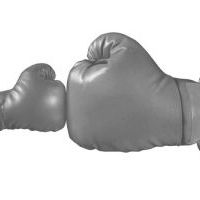